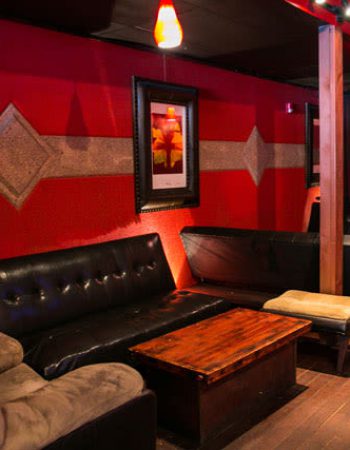 "Bartending is not a science"

Be the first one to rate! Submit Review

Daniel Victory has been and is considered one of the most engaging ambassadors of the Crescent City. His dedication to preserving the artistry and sophistication of classic cocktail creation, as well as the ambiance and high standard of service set forth by many generations old bartenders, sets Daniel Victory apart from the rest. His newest venture, Victory, has done just that and set the standard for premier locales in New Orleans.

Daniel became one of the founders and lead educators of the Crescent City School of Bartending and influential in establishing The Flo Woodward Memorial Scholarship. He left his imprint on his hometown with his bar Victory. Victory. Nestled in between the Central Business District and New Orleans’ famed Canal Street, stands the physical combination of his aesthetic, travels, smarts & history. Victory has high standards and is often found molding the next generation of bartenders.  With Victory constantly mixing things up, there’s no sign of slowing down.

Rate us and Write a Review

DAY OFF
Timezone: America/Los_Angeles Switch to

Appointment confirmation email will be sent upon approval.

We have received your appointment and will send you a confirmation to your provided email upon approval.

Your request has been submitted successfully.

Own or work here? Claim Now! Claim Now!
Choose a Plan to Claim Your Business

Claim request is processed after verification..